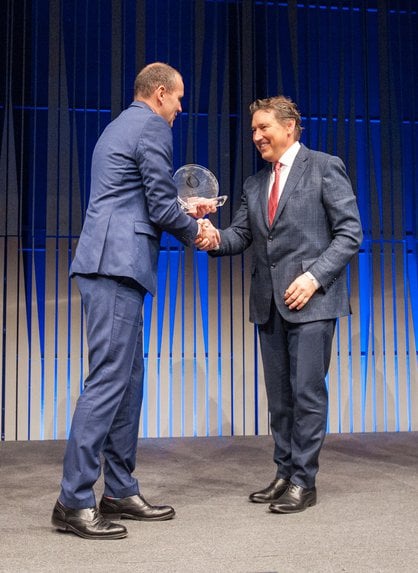 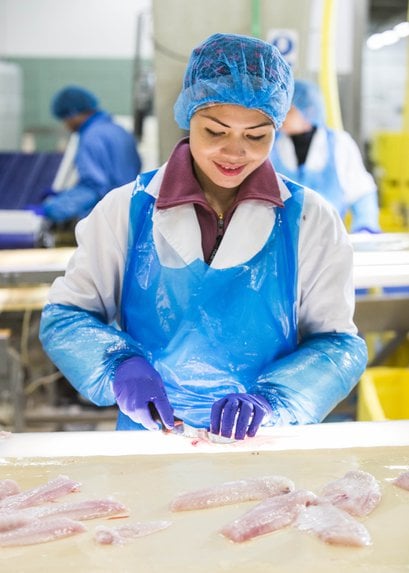 This section touches on a number of projects that were tackled in 2019.

It is the stated policy of Brim to engage in responsible marine produce value creation. This means maximising the value of the company’s fishing quotas and doing so in an economical and profitable manner.

The history of Brim has been characterised by change, innovation and technological development. The company intends to continue to shape the future of sustainable fisheries in Iceland.

Brim intends to set a good example in the community, and company staff strive to be a credit to the company in all their work. Discussions on social responsibility arise regularly when the company is faced with changes to its operations. All changes that the company decides to adopt, even if such changes prove to be controversial, are intended to strengthen the company as a whole and ensure its continued success and that of those who work there.

Brim was awarded the SA Environmental Award in October 2019. The president of Iceland, Guðni Th. Jóhannesson, presented the award to Guðmundur Kristjánsson, the CEO of Brim, in the Harpa Concert Hall and Conference Centre as part of a varied programme during the Environmental Day of the Confederation of SA Icelandic Enterprise. The commentary of the panel of judges stated: “Brim has firmly addressed environmental issues. The company focuses on social responsibility and respect for the environment and has been working on mapping the effects and responsibility of the company. In addition, Brim has established goals and indicators for itself to measure its performance, reduce waste and increase value. Brim has systematically reduced greenhouse gas emissions and invested in new technology and vessels, both of which have had a considerable effect.”

At the ceremony, Guðmundir Kristjánsson stated: “We at Brim are grateful for this recognition. It makes us happy and proud. Respect for nature has been our guiding light, and we see that focusing on environmental issues and sustainability rewards us with increased profitability and considerable benefits for society as a whole. We at Brim intend to keep up the good work. The Environmental Award is an encouragement to do even better.” 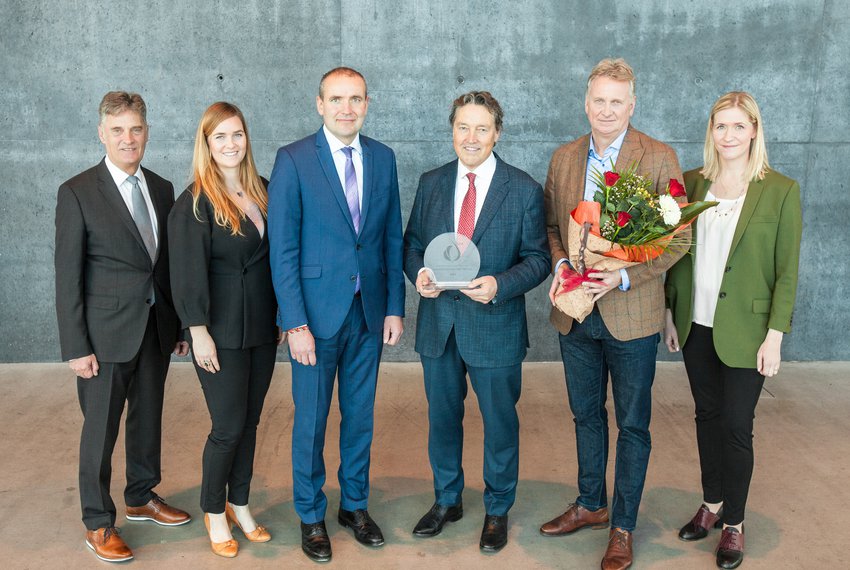 In accordance with the stated policy of the company to strengthen its operations, several large steps were taken during the year. In order to increase the profitability of groundfish operations, the decision was made to renew equipment and machinery of the fish processing plant at Norðurgarður. In addition, the company negotiated the purchase of the fish processing plant of Kambur and the vessel operator Grábók in Hafnarfjörður, with two long-line boats and harvest rights in the hook catch quota system for 2,850 tonnes, whereof 2,130 tonnes are for cod.

In order to strengthen sales operations in Asia, an important, profitable and growing market, sales companies were purchased in Japan, Hong Kong and on mainland China, together with a service company in Iceland linked to the aforementioned companies.

Shareholders agreed to change the company’s name from HB Grandi to Brim. This was done at the recommendation of the Board of Directors. The name of the company was last changed 15 years ago and referenced the merger of two companies, Haraldur Böðvarsson and Grandi, which had previously been formed on the merger of Ísbjörninn and Bæjarútgerð Reykjavíkur. This time, the changes reflect the company’s increased focus on marketing and sales, as shown in, for example, the purchase of sales companies in Asia.

Brim is a simple name which is easy to pronounce and is already known in international markets for seafood. The logo is a formation of three waves. On one hand, the logo symbolises waves that are breaking new ways into business and trade and on the other, the seafood product made by the company. The blue colour stands for the ocean and the silver-grey colour for the valuables that Brim creates. 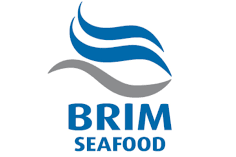 The company’s Board decided to embark on extensive renewals of its groundfish operations in Norðurgarður, for the purpose of increasing the profitability of the plant. Three new processing lines will be purchased from Marel. In addition, individual and plate freezers, freezer systems, feeders and various other equipment will be renewed.

The project is extremely forward looking, and the goal is for the processing plant to be one of the most advanced in the world. Work is expected to commence in mid-2020. Several innovations will be introduced, such as a powerful quality monitoring system and the latest robot technology for feeding in fish, packing into boxes and final arrangement of fresh products.

Brim, Norðanfiskur, Íslenska gámafélagið and Samskip signed a declaration on the recycling and exportation of EPS (Expandable Polystyrene).

The key to the project is a powerful compactor located in Kistan, the waste sorting station of Brim in Akranes, as Norðanfiskur receives all salmon delivered for processing in EPS boxes. The compactor reduces the volume of the fish boxes by around 95%, making it possible to export the plastic for recycling.

The agreement was signed when the first container was transported to Malaysia, where the material is now used to manufacture goods such as picture and mirror frames. Almost 15 tonnes of EPS were exported in 2019. This project will lay the foundations for realistic solutions to recycle waste and create value. The goal of all these companies is to be a leader in environmental matters.

Pure North Recycling is a start-up company operating a plant in Hveragerði. The company recycles plastics using environmentally friendly energy, most of which is from geothermal sources. At present, Pure North Recycling is the only company in Iceland that fully recycles plastics. The recycling process transforms plastic waste into new raw materials that are then sold for the manufacture of new plastic products in Iceland and overseas.

During the year, Brim began sending plastics which previously were sent to landfills, such as single-use aprons and gloves from production plants, for recycling by Pure North Recycling.

Approximately 43 tonnes of plastic waste was generated by Brim and its subsidiaries during the year. Around 24 tonnes of plastic were sent for recycling, while 19 tonnes went to landfills, as no recycling means were found. We foresee great improvements in this issue through the collaboration with Pure North. Brim’s policy is to recycle all plastics generated by the operation of the company.

The picture shows how plastic waste is sorted into four categories: single-use gloves, single-use aprons, paper and other waste sent to landfills. 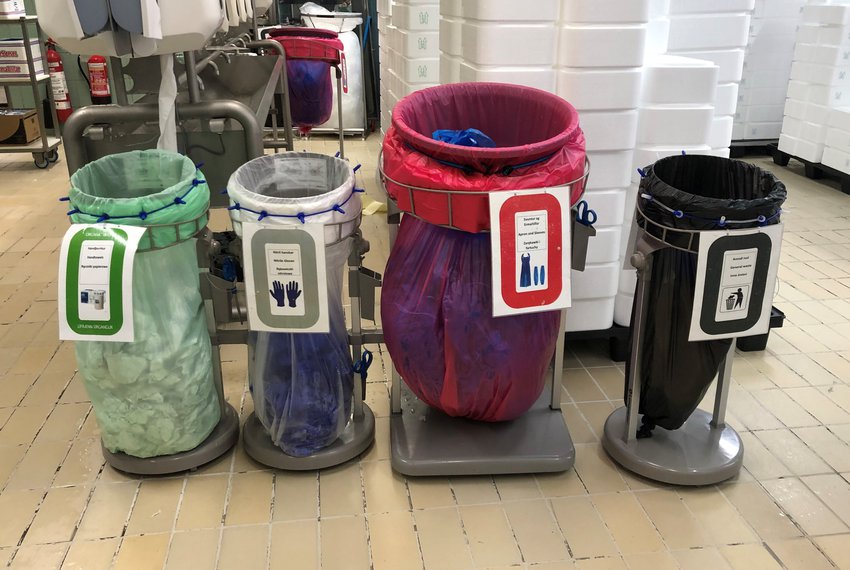 Concentrated efforts have been made to manage the carbon footprint of the company in recent years. Two new items have been added to the environmental settlement in this report, i.e. the transportation of groundfish products to foreign markets and employee travel to and from work in the company’s operating units in Reykjavík.

By doing so, we have managed to gain an overview of most of the carbon footprint of the company. The next steps involve analysing these aspects even further and adding a footprint for the transportation of pelagic [LBÞ1] products to foreign markets and employee travel to and from all the company’s operating units, together with the footprints of external entities providing services to the company.

In 2020, the plan is to manage the carbon dioxide equivalents for each kilo of groundfish product, from processing to transportation. New processing equipment and information systems in the fish processing plant in Norðurgarður will make this possible.

In marketing terms, it is important to be able to provide evidence of the carbon footprint in wild-caught fish in comparison to other foods, such as meat products. In addition, future buyers may be expected to increasingly demand reliable information on the carbon footprint of our products.